One of the first teachers´ trainings, May 1993

Intensive exchange between survivors and citizens of Vaihingen, April 2005

Teachers´ training at the memorial

Commemoration ceremony on the topic "From common graves to concentration camp cemetery" on April 13th, 2008 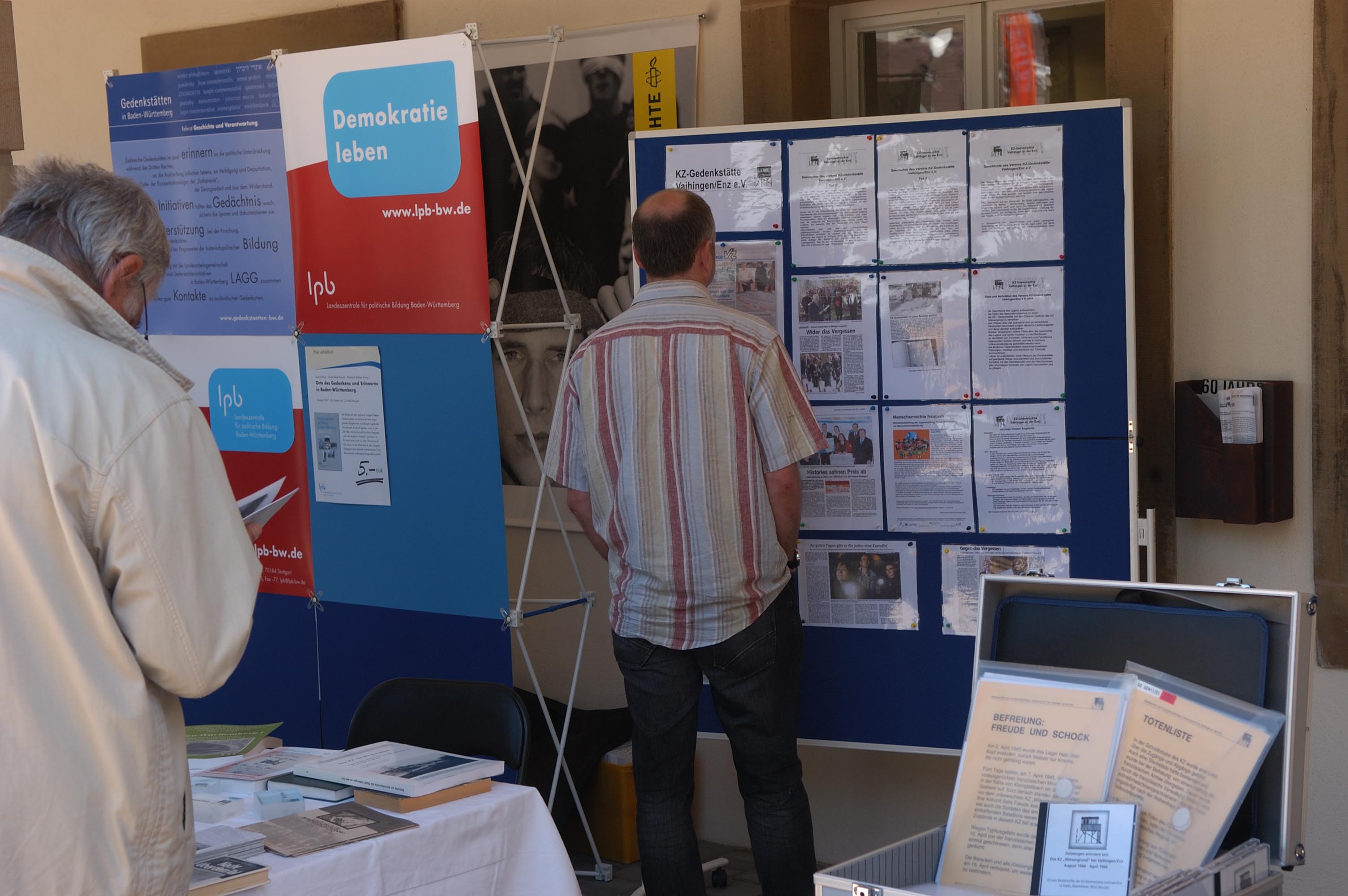 Presentation of the Concentration Camp Association in Ludwigsburg, April 2009

Producing and publishing material on the topic

Information about many and very varying fates of inmates were carried together and presented to the public. So the third edition of the book “Das KZ vor der Haustüre” (“The Concentration Camp in front of our Frontdoor”) in which eyewitnesses report about their experiences in the camp was released on the occasion of the 60th anniversary of the liberation of the camp in spring 2005.

With the support of the Landesmedienzentrum Stuttgart members of the association produced a 20 – minute video about the hardly imaginable odyssey of the Dutchman Jules Schelvis from Amsterdam via Sobibor, Radom, Auschwitz and Vaihingen between 1943 and 1945. It is called “The different journey” and has already been shown in schools for years.

The second video about the experiences of Wendelgard von Neurath between August 1944 and April 1945 on the manor of their parents not far from the camp`s fence is the counterpart to the events inside the camp which are described by Jules Schelvis in the video “The different journey” and by others in their reports. The film has a look at the events from “outside”.